Bastiaan de Nennie (1990, the Netherlands) positions his practice at the intersection of the two ever more intertwining worlds of the physical and the digital. He departs from a pre-digital reality: the world of things we have, mostly, experienced through their forms, colours, fragrances and textures. Once selected, these objects are 3D-scanned, the scans are dissected, and the components are used as building blocks for new digital creations. After a multifaceted computer-based creative process, these then reappear as a new blend of 'phygital' (physical + digital = phygital) presences materialised in the form of 3D-printed sculptures - a new creational process that is the basis for sculptures with before unknown shapes and colours.

This continuous traveling, in and out of these two presences - the physical and the digital world - raises questions about the dominance of the material over the immaterial and our belief that the atomic structure is more real than its virtual counterpart, or that the physically made is more authentic than the digitally processed; or - in its barest form - the relationship between man and machine. 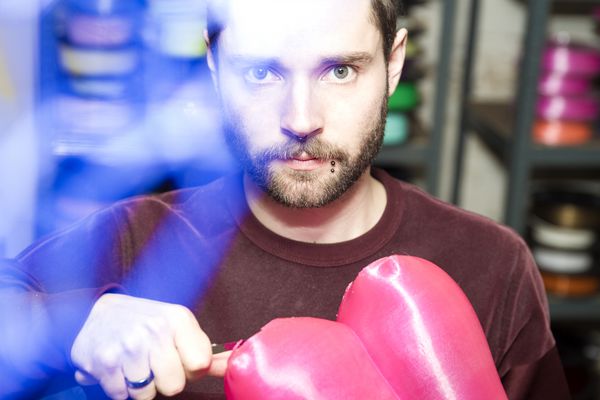