The Berlin-based Danish artist Christian Falsnaes usually addresses visitors directly in his performances and turns them into performers themselves. In his work, he deals with rituals and group mentalities, as well as his own role as an artist.

For WHITEOUT he developed his new performance STUDIO; this time, there can be no physical encounter between him, the performers, and the visitors in this virtual environment. Instead, the visitors become voyeurs of the scene in which the performance was recorded. Instead of receiving instructions and being involved themselves, as is usual in his performances, the visitors observe how the artist interacts with the performers and become witnesses of the staging process itself. 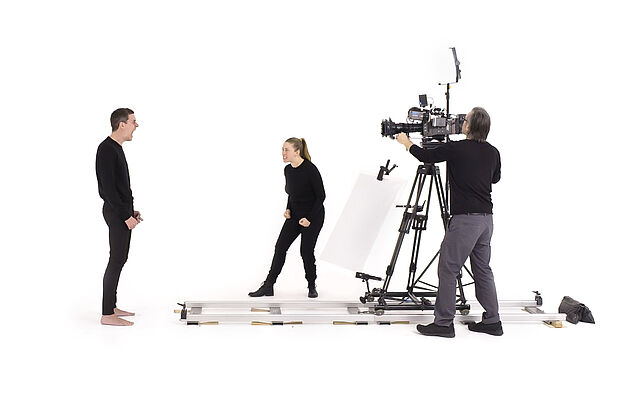