Occupying a space between live performance and visual art, artist/choreographer Maria Hassabi's work explores stillness and sustained motion. Her sculptural movement installations examine the tension between the human form and the artistic object.

In STAGED?, the audience encounters four performers entangled in a tense, colorful pile. The performers pass over and through each other, forming an amorphous sculptural mass that changes through the accumulation of their sustained movements, creating a surreal theatrical intensity.

With the condensed reenactment of STAGED? in the infinite white of the digital exhibition setting, questions about the effects of stillness and sustained motion on the condition of bodies become even more acute and particularly invite the individual visitor to take time to appreciate the intensive and exclusive experience. 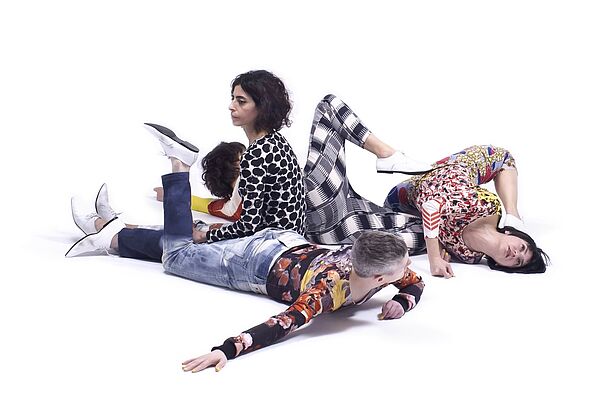