Ramaya Tegegne (*1985) is an artist and cultural organizer based in Geneva, Switzerland. Her practice addresses the processes by which the field of art is constituted by investigating its dominant and structural mechanisms. Tegegne examines the power relations, narratives, selection and production conditions of art and culture in the current context. In 2017 she launched the campaign Wages For Wages Against for the remuneration of artists in Switzerland. She is currently co-running the art and critical theory bookshop La Dispersion in Geneva.

Soraya Lutangu alias Bonaventure is a Swiss and Congolese music producer and composer based in Kampala, Ouganda. In 2016, together with Hannah Black and Ebba Fransen Waldhör they performed Anxietina at ICA & Chisensale in London, MOMA PS1 in New York, Centre Pompidou in Paris and Centre d’art contemporain in Geneva.

Between 2016 and 2018, she released Complexion (NON Worldwide), Free Lutangu (PTP) and Mentor (Planet Mu). In 2019, Lutangu produced the music for the performance of Korakrit Arunanondchai and Boychild at Performa 2019. She won a Swiss Music Award in 2019. 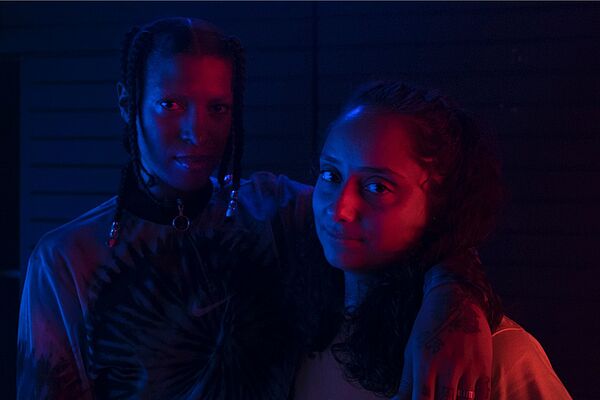