In ‘GWEI – Google Will Eat Itself‘, UBERMORGEN created a system of economic auto-cannibalism in which they placed Google text advertisements on a network of hidden websites established by the artists. Each time a visitor clicks on the ads on their websites, UBERMORGEN receives a micropayment and Google retains the same amount of money plus a certain percentage for their services. The money made from traffic and clicks on these advertisements is then automatically invested in Google’s shares and held in the common ownership trust “Google To The People (GTTP)”. As a result, Google will increasingly be owned by the community of the GTTP paid for with money earned from Google itself. With this art project UBERMORGEN subverts the power of Google by disrupting its main revenue generator. For this exhibition, ‘GWEI’ is presented in the form of a project documentation focusing on the company’s power and the system of text ads placed on websites. 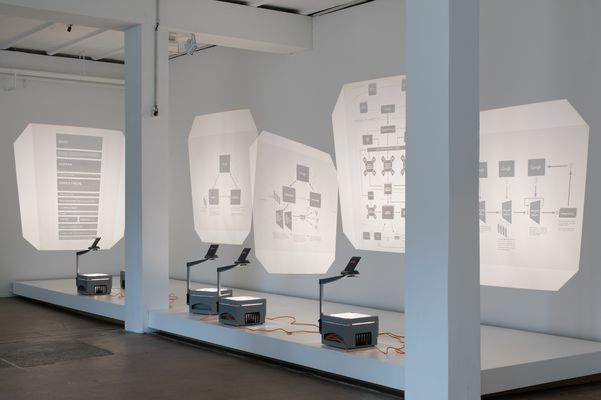