Roehrs & Boetsch is pleased to announce the first solo exhibition of Shawn Maximo.

For 'Deeprecession (Isolationism and other Myths)', Shawn Maximo transforms the gallery space at Roehrs & Boetsch into a strange subterranean lair; part transit station and part refuge. The artist imagines a community living underground in an unspecified location with no indication of an ‘outside’ space. The extensive installation presents new works specifically created for this exhibition.

The conflation of ‘deep’ and ‘recession’ is a literal expression for the theme of receding deep into mountainous caves and forming a functioning society. By thinking through the example of an isolated community living underground, Maximo carries the idea of isolation – such as national isolation and its benefits as increasingly advocated by some politicians and conspiracy theorists – ad absurdum and unmasks it as a myth. ‘Deeprecession’ also functions as a sort of anagram for ‘depression’ indicating economic hardship or emotional suffering. Pointing out the representation a society where the promise of entrepreneurship is never what it seems. Given the rules of advanced capitalism, there must always be an imbalance to support any economic growth.

This exhibition is generously supported by Fontarocca (natural stone) and Teo Jakob (furniture). 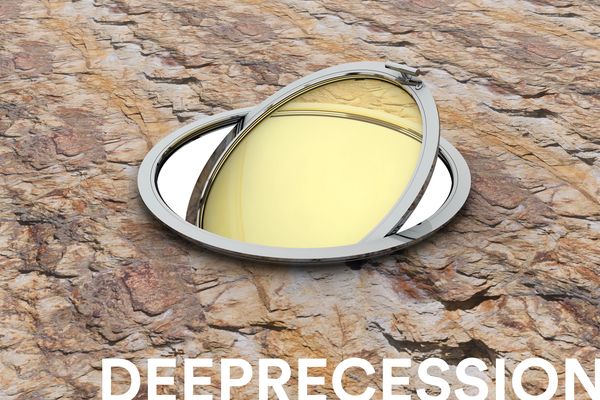