Join Animated GIF Model Olia Lialina in swinging the hula-hoop ring. During the early days of the Internet, animated GIFs were a very popular way to personalize a website. In context of the increasing professionalization in the dotcom boom, they slowly disappeared - a fact that inspired Lialina to document this expression of early web culture in her work. Using herself as a model, Lialina makes an attempt at immortality, depicting herself forever hula-hooping on websites. In the 2010s, Animated GIFs resurfaced and now again constitute an important element of online culture. 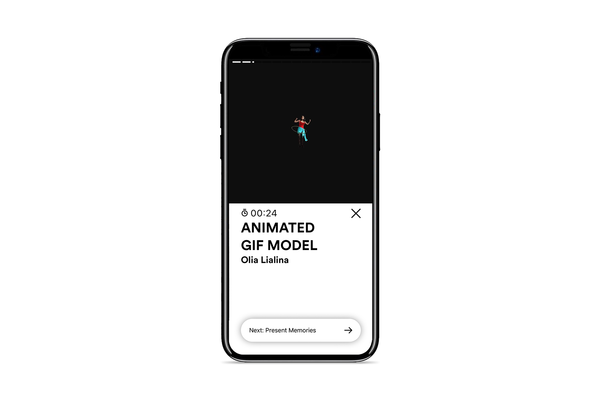